COVID-19: Four Reasons for Optimism About the Stock Market

Article of Interest: COVID-19: Four Reasons for Optimism About the Stock Market

In his blog titled “COVID-19: Four Reasons for Optimism About the Stock Market”, Professor of Finance Theo Vermaelen discusses how the recent and distant past shows good news for the markets moving forward, even though this economic crisis is unique. Experts have been forecasting terrible economic consequences of the coronavirus outbreak. Many compare it to 1929 or 2008, years that are associated with stock market collapses followed by deep recessions. Theo touches on the fact that unfortunately none of us has a crystal ball but from his perspective, he sees at least as many signs pointing to a less severe stock market downturn, if not a fairly rapid recovery.

What makes a bull or bear market? 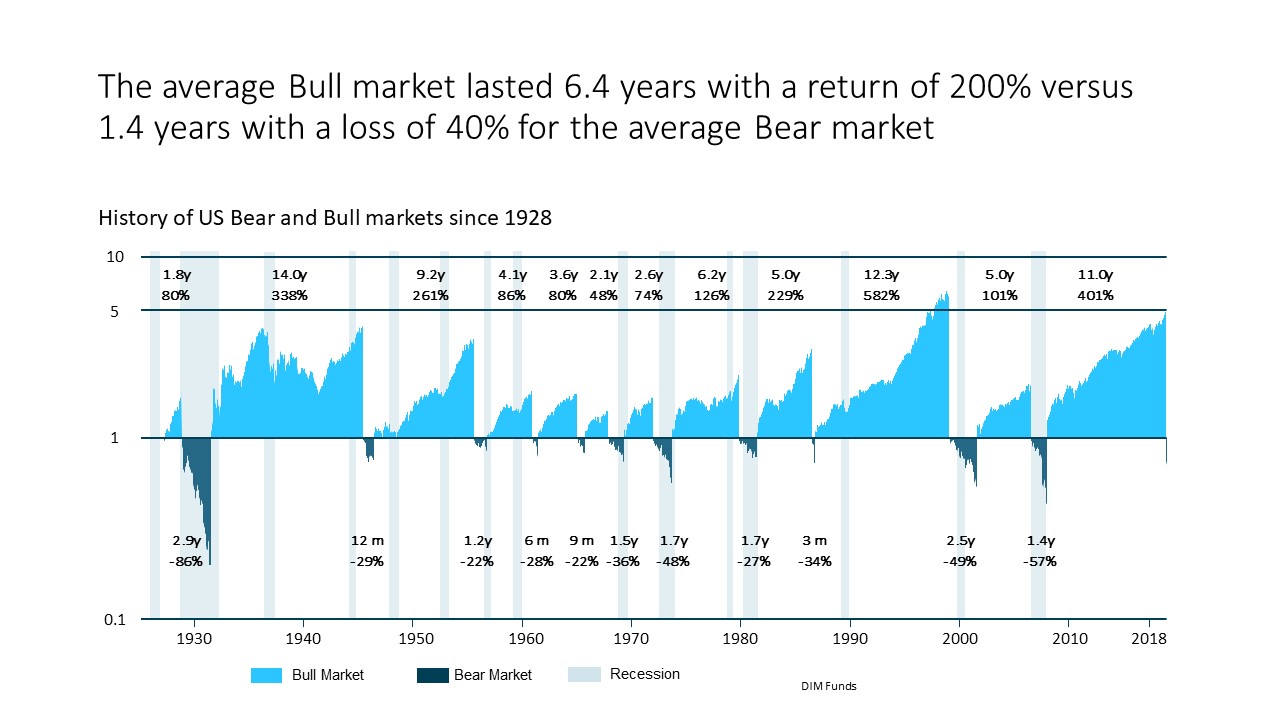 Theo noted that bear markets tended to be short (1.4 years) where as bull markets tended to be long (6.4 years), this is not surprising as stock prices are expected to go up. The worst collapse occurred during the Great Depression, followed by two major bear markets that started in 2001 and 2008, with stock price declines of more than 50 percent. Both bear markets this century were associated with collapses in asset prices: technology stocks in 2001 and housing prices in 2008.

Why is this crisis not comparable?

The major point Theo touches on is that this fall in stock prices is not the result of the collapse of an asset bubble but rather due to the interruption of economic activity to fight COVID-19. He feels the reversion could come soon, depending on how long it takes to manage the disease and for pharmaceutical companies to develop a vaccine.

The S&P 500 dropped 30 percent between 1 January and 24 March, just a few weeks later (April 17th) the loss is now only 10 percent, making it possibly the shortest bear market in history. Theo touches on the point that he believes there is an increased understanding that the value of a company is measured by the present value of expected cash flows from not until infinity which means that bad short term economic performance should have small effect on stock prices.

Theo also discusses the global financial crisis and how the reasons for that differ to our current crisis and how in March we saw the largest number of share buybacks in ten years, which is usually  assign that investors believe markets have overreacted to bad news.

He finished with ‘the hopeful signals we get from the market should be reassuring to all. We should not get carried away in a self-fulfilling death spiral fuelled by pessimism’.