The Chinese market was clearly the strongest last month as the country continued to reopen with relatively low numbers of reported COVID infections. The central government has encouraged lending and supported provincial governments in spending initiatives in the hope of accelerating economic activity. The US market remained quite strong with better than expected quarterly earnings results from 83% of S&P500 companies. However, that is only good news relative to expectations. For the companies which have so far reported, June quarter earnings growth is sitting at negative 44%, (17% better than analysts’ expectations). Generally, analysts overestimate the upside and underestimate the downside, so this result is a pleasant surprise. In annual terms, revenue shrank 9%, despite the positive impact of the “FANGs” (Facebook, Apple, Netflix, Google) which are now the largest companies in that market and have broadly benefited from the impact of COVID. Other major European and Asian markets were muted by uncertainty related to COVID, the pace of reopening and often conflicting government directions and policy decisions. While the market in mainland China was strong, Hong Kong was affected by the impact of legal changes imposed by the central government, leaving a high level of uncertainty around that market. 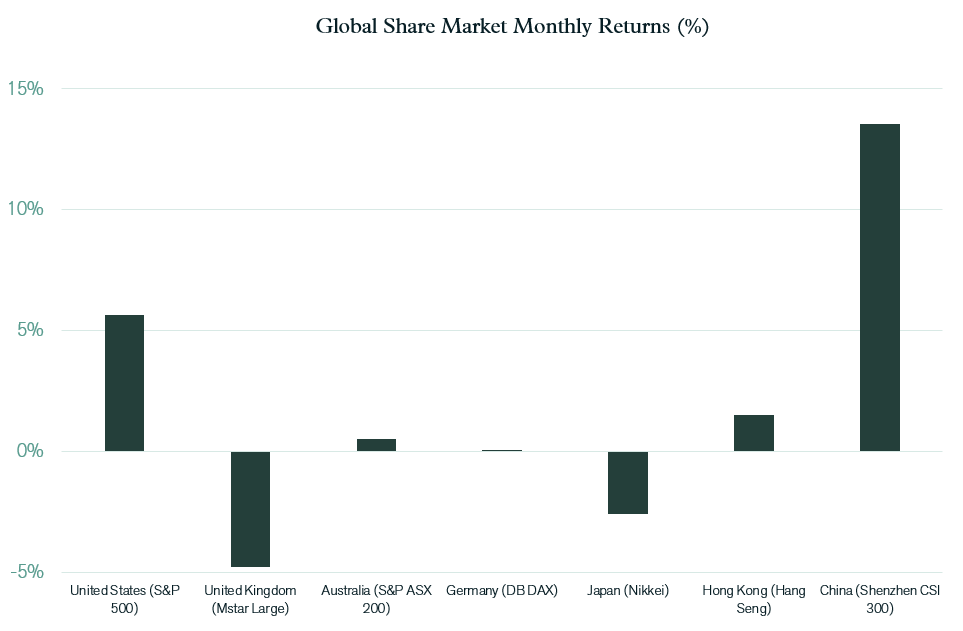 The Australian market was up 0.5%, sustained by strong performances from Resources and Technology companies, however the Energy and Health Care sectors were markedly weaker. The lockdown in Victoria has added further burdens to elective medical procedures and will reduce reported profits for Healthcare service companies. CSL, the largest company in the sector and a strong performer over the past year, continued a slow decline from April highs.

Earnings reports have not yet impacted market performance, but August will be an interesting month as we see companies report for the six-months to June. Technology stocks have been strong in many markets; however, the share price performances of Australian technology companies have beaten even US technology share prices since the market low in March. The operations of these companies are likely to demonstrate strong growth, but whether that is enough to justify these price rises is an open question.

Primary producers of oil and gas are seeing lower revenue and the energy sector has continued to underperform. Energy Utilities have been impacted as well, as the demand for power has declined at the same time as prices, leaving most receiving lower revenues. Property trusts were flat in July, as concern increases over the forecasts for office property asset values. In addition, the major shopping centre property owners are expected by some analysts to see up to 25-30% declines in asset value over the next 12-18 months. In the period to June they have so far booked falls in the value of shopping centre assets of 9% to 14%. 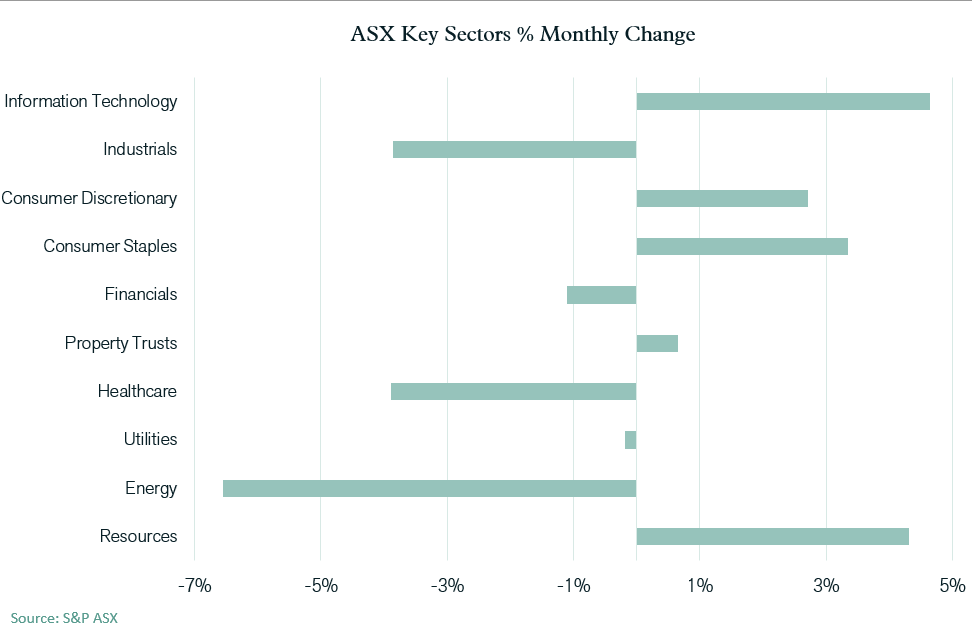 Local bond yields were little changed in July with Australian yields remaining higher than US rates. This gap widened over the month, with the U.S. 10-year Treasury Bond yield falling from 0.66% to 0.55% (which compares with the Australian equivalent yield of 0.82%) . Along with stronger commodity prices, this yield gap provided additional support for the $A relative to the $US, with the exchange rate rising 5.1% to US 72 cents.  Central banks remained steadfastly on the path of providing whatever liquidity necessary to ensure the smooth operation of markets. The US Fed was aggressive during the month in ensuring all niches of the fixed interest market were able to trade unimpeded. The RBA has also returned to direct intervention in the interest rate curve ensuring that rates out to three years duration stay low. The European Union managed an historical agreement to issue bonds as a community, rather than as separate sovereign nations, ensuring that governments can continue to raise funds to protect economies. Despite this wave of liquidity, inflationary expectations are still relatively low, although there was an increase in US expected 10-year average inflation from 1.3% to 1.6%. None-the-less, there appears little pressure for interest rates to rise (and bond prices to fall) in the near term, given unemployment is high and inflation low. 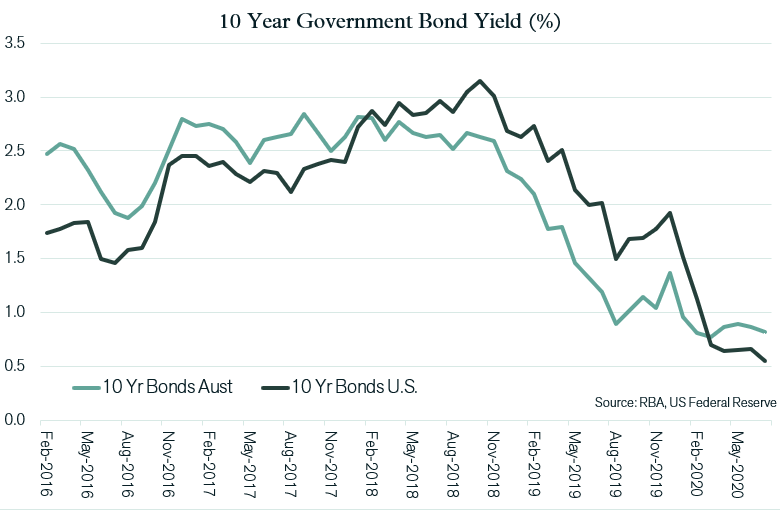 Share markets and government bond markets continue to provide conflicting signals as to the future state of the broader economy. The ongoing rally on share markets implies a relatively high degree of confidence around an economic recovery in the near term, with little fundamental long term damage to company earnings. Conversely, the maintenance of low bond yields (which declined further last month in the U.S.) implies that central banks will be required to keep interest rates low for an extended period – which would normally only be possible if the economy remained weak.

Complicating the outlook further is the high level of uncertainty resulting from the massive fiscal and monetary policy stimulus put in place over recent months. As there has been no precedence for the magnitude of this policy, the consequences are somewhat unknown. Interestingly, inflationary expectations lifted last month despite the lack of any real positive economic news. Potentially, this rise in inflationary expectations is in response to escalating money supply measures as government expenditure adds to deposit balances and purchasing power. In Australia, the Broad Money measure of money supply (which includes cash and private sector financial institution deposits) has increased by 10% over the past year. This inflationary potential, however, is in contrast to the actual inflation data for the June quarter in Australia, which showed that prices dropped by 1.9%.